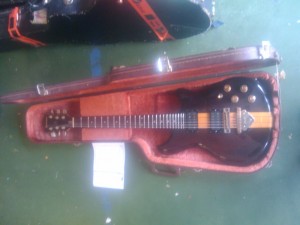 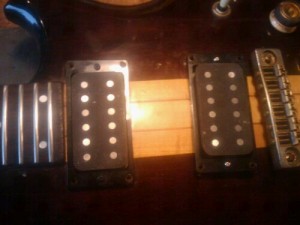 The owner wanted to try something unconventional and was craving something that would give him decent humbucker sounds but also something brighter and more Fender-esque, and inquired about the Nordstrand NDC pickups. I’d never heard them, but after a phone conversation with Nordstrand we decided it would be cool to try them, and ordered a set. A series of personnel changes at the company led to several delays, but I used the time to get other parts on order and draw up a circuit that would allow the pickup coils to be wired in both series and parallel, with individual coil taps as well. END_OF_DOCUMENT_TOKEN_TO_BE_REPLACED