Coffee is a mandatory fuel for everyone on this trip, so much so that the TM carries an aeropress and the band stops by our room before we leave the hotels– with the first stop usually being a coffee shop. We follow a similar routine and roll into Omaha in time for a decent breakfast before loading in at the Slowdown. Someone tells me Connor Oberst invested heavily in building up a good venue in Omaha, and the place is nice– intimate and spacious at the same time, with a small, high quality line array for FOH and a friendly, professional crew. 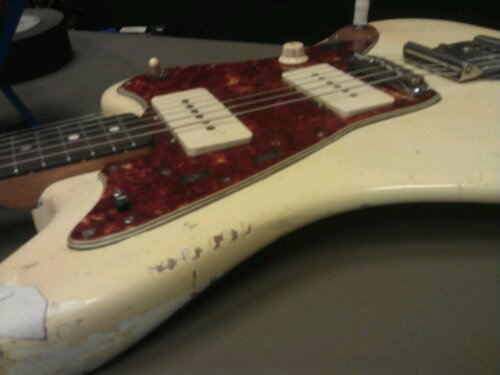 I’m trying to improve the band’s experience little by little, and in Omaha I spend time taking setup specs on Stephen’s guitars. His jazzmaster is an early 60’s with a few changes, and a lot of quirks. 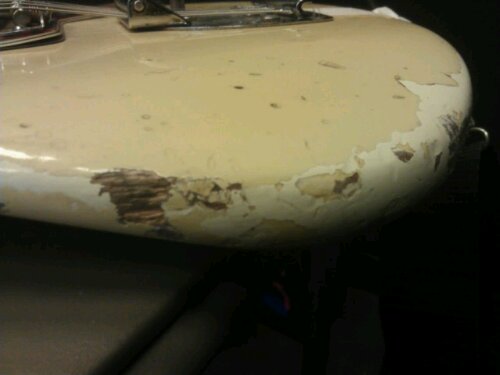 My biggest limitation is in adjusting the bridge, which, like many old Fenders, is frozen with rust. 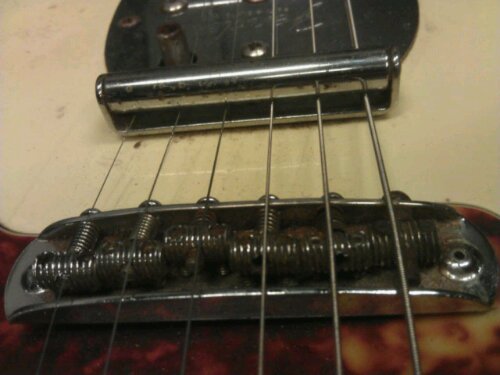 Bridges like this can be a challenge to clean up, and it’s not rare to need to drill out a seized up screw with a stripped head. Such jobs are iffy outside the shop; one can easily make matters worse with no means to fix them. As long as there are no complaints I’ll leave well enough alone. 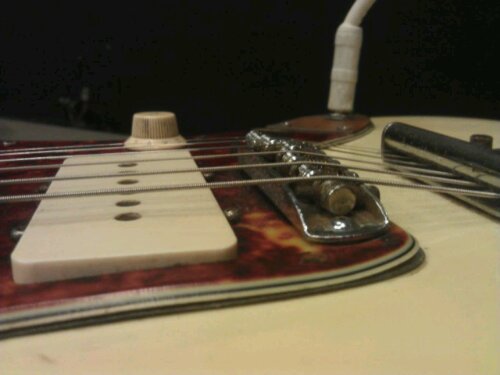 Usually a bridge set this low is a sign that the neck geometry could be improved, but in this case it’s just plain low action. 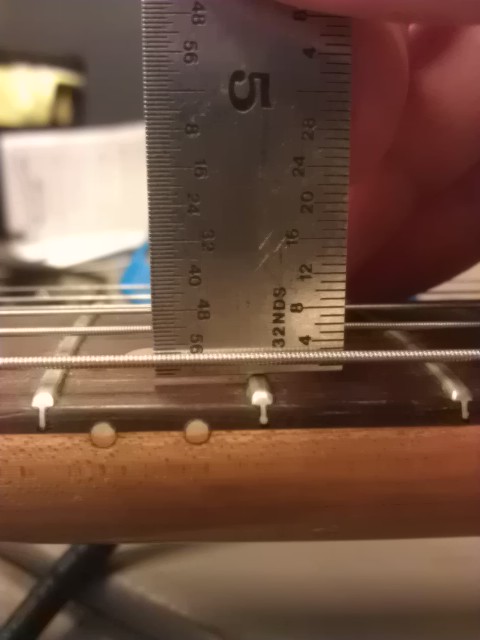 Stephen claims he just bashes on his guitars, but he underrates his playing ability. He has great control and touch with both his hands and his minimal effects, a T-rex Replica delay, and Diamond J-drive, and he likes his guitars set low and easy to play. 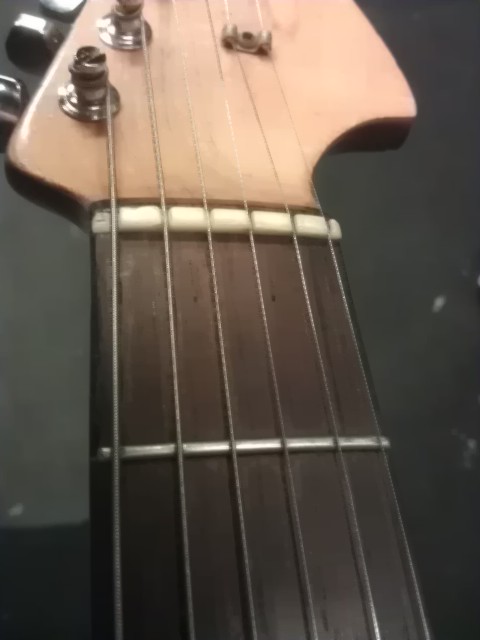 The nut is damaged, with the low E slightly buzzing, but this is another job that requires time and has a point of no return. If the nut collapses during extraction, it could get complicated, so if it comes to replacement, I’ll need several hours clear to be safe. The frets are worn too and it makes sense to do these jobs together, so for now the slight gristle on the open bass string is working in our favor, since the guitar tones are never pristine, even on mellow passages. 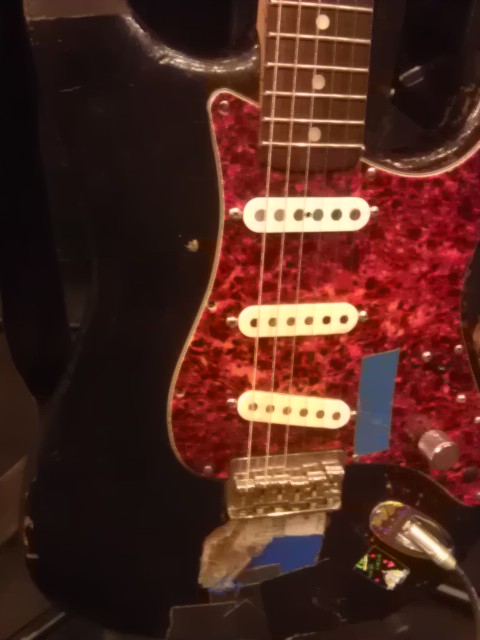 The other main axe is a 70’s hard tail strat. I haven’t seen too many from this era but I definitely see the appeal. This one has some of the extra woodiness of a tele, minus the “reverb”sound of spring trem strats, an enticing, warmer version of strat sound that really suits the Jicks. Here are closeups of the jazz nut and bridge: 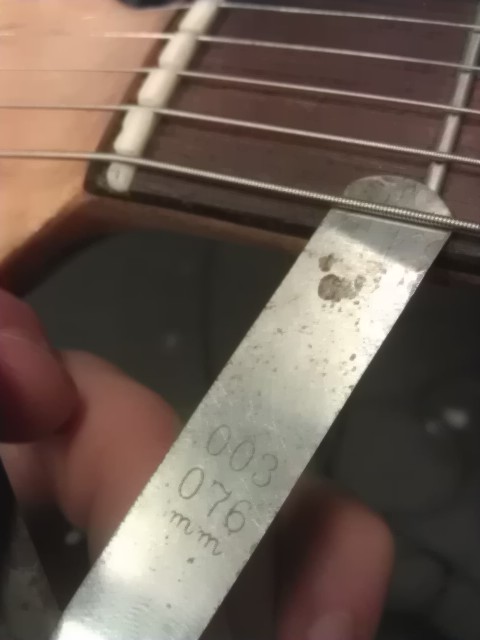 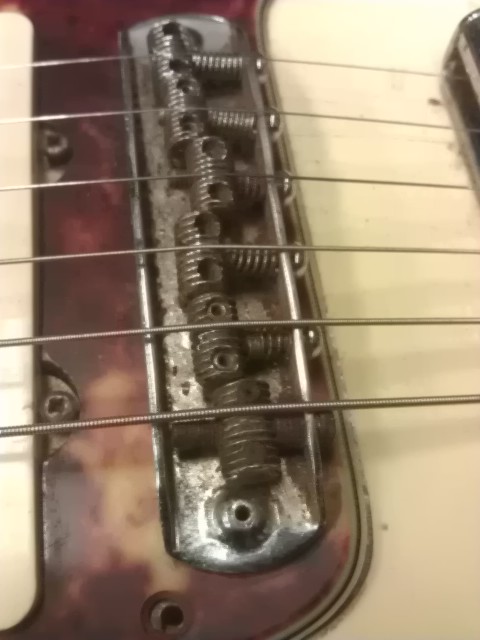 I can’t spend too long checking things out because the band is sound checking before I know it. By post-check we’re hungry and I take off with Stephen and Jake for a highly recommended Omaha bbq joint somewhere off cuming st. The converted fast food joint has an unexplained bait and tackle collection in the lobby. Perhaps these are the lures with which they hook their pork and brisket. Soon it’s set time. The band is smooth and fun but somewhat restrained for half the set, at times struggling to connect, as when the audience seems to take a flippant remark about chicken nuggets literally. Then like a switch being pressed, the last half dozen songs are pointedly charged, with a strutting version of “forever 28” and a rendition of “church on white” that’s both wry and tender, Malkmus’s voice gliding just above the guitars in a way that makes the listener feel they’re living inside someone else’s dream for four minutes.

The encore is long and climaxes with an extended jam that teasingly crescendos and fades multiple times. The band comes off stage triumphant and the crowd goes home elated. 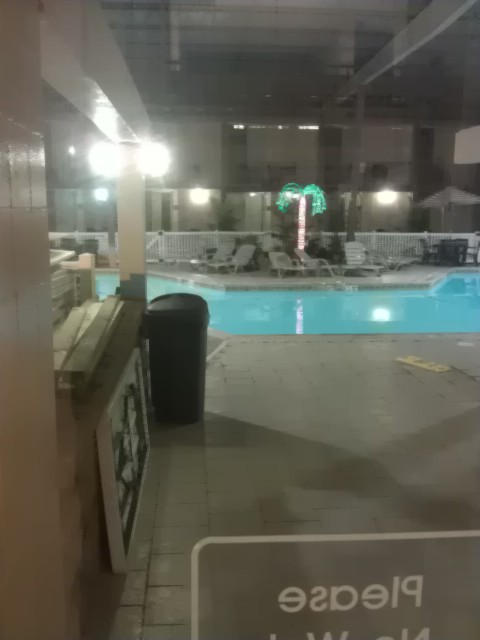 Back at the hotel with its smoky rooms, bar with shark tank, giant swimming pool and tiny bathrooms, the scene is a bit surreal but we’re too tired to care. In the morning, our plans for an all day pool party foiled, we do the next best thing and get out of dodge. Soon we’re criss-crossing another state, listening to “Kansas city star,” sunshine beaming in the windows, another show waiting a few hours ahead.